This real-life story about Antonio Velasquez and his mother is harrowing.

And, because of you — your generosity and ongoing loyal support — that he can share his story with us today. YOU make a difference in the quality and compassionate care provided at John Muir Health.

Antonio is 28 years old and a Northern California native. His large and very tight-knit family gather often to celebrate birthdays, anniversaries, and holidays.

But family gatherings came to a screeching halt last summer after both Antonio and his mother, Isabel, were hospitalized at John Muir Health with COVID-19.

As an asthmatic, Antonio was keenly aware that catching COVID-19 would be very dangerous for him and he did everything possible to stave off the disease. “I wore my mask full-time at work and was very careful about washing my hands frequently,” he remembers.

Antonio began experiencing severe shortness of breath in August 2020. He visited John Muir Health’s Emergency Department where a rapid COVID-19 test revealed he was positive for the disease. He was immediately admitted.

Unfortunately, things became worse for Antonio. “My oxygen levels were very, very low and after two days of being treated with noninvasive ventilation and laying in a prone position for hours to provide me with better oxygen flow, the doctors informed me that intubation was necessary for my survival,” he explains. “I knew what that meant … there was a fifty-percent chance I would not survive.”

To make matters worse, Antonio’s 48 year-old mother, Isabel, had been admitted just two days earlier, fighting for her life in the room next to him in the Medical ICU. Neither were ambulatory and only able to communicate with one another by cell phone. Antonio recalls, “It was so scary. Every time the Code Blue alarm sounded, mom and I believed it was for the other one. We both felt completely helpless, frightened, and very worried about each other.”

Isabel’s condition worsened quickly and within days, she also had to be intubated.

Mother and son were in dire condition. Antonio would later learn that his mother was one of the gravest COVID-19 patients at John Muir Health. Medical ICU physicians, nurses, respiratory therapists, and the entire John Muir Health team cared for Antonio and Isabel like they were family. They, too, were concerned and worked tirelessly to do everything in their power to cure Antonio and Isabel.

After grueling battles with COVID-19, Antonio went home on September 3, 2020, five weeks after being admitted, and Isabel was discharged on December 24, 2020, two and a half months after her admittance.

“John Muir Health saved our lives,” says Antonio. “The staff are heroes, every single one of them. They were put here on earth for a reason, and mom and I are so glad that we were part of that reason.”

Your support of John Muir Health gave Antonio and his mother the very best chance for survival.

Thank you for recognizing the valuable asset we have in John Muir Health. Your gift today will help countless patients and families like Antonio and Isabel when they need quality and compassionate critical care.

Watch the video at right to hear from Antonio about his gratitude for the health care heroes at John Muir Health. 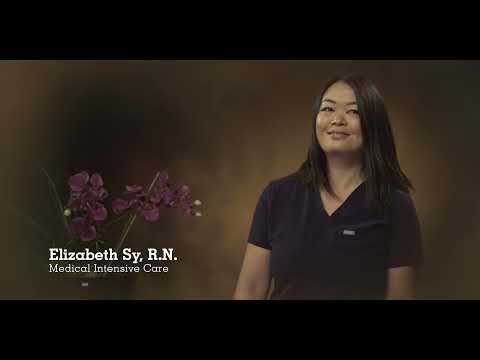